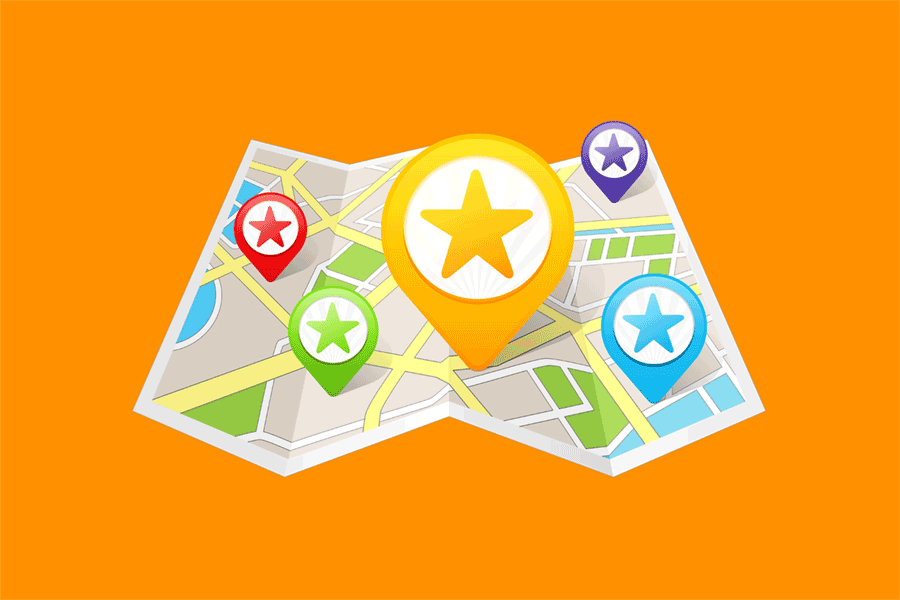 If your business has multiple locations, you need a slightly different approach to your local SEO strategy. There are a few simple but highly effective concepts you can deploy to maximize your exposure and increase your Google rankings for all locations. In this episode we’ll break down the subtle differences that are needed when you feature multiple locations on your website, in order to get every location ranked and dominate in your local market!

Here is a preview of the transcription from Episode 27 Multi-Location Local SEO Strategy and Website Design Tips For Businesses With Multiple Locations;

Jesse: Hey, everyone. Welcome back to Local SEO Tactics. Jesse Dolan, with Bob Brennan as always. And today, we’re gonna be talking about something that’s not a usual topic for a lot of what we focus on, but Bing.

Everybody’s heard of Bing, probably used Bing at some point or another on accident, or on purpose, depending on what browser you pull open. But it’s something that goes ignored, and we wanted to give it some attention here. We definitely try to focus on it with our business, but it’s usually like a B one priority compared to Google. Google is just dominant. It’s what we all think of. It’s literally a verb.

Bing really tried to make it a verb. What’s it, MSN search before, so they came up with a one word thing to be like Google, Bing it. Not quite as sexy. It’s got a ring to it, but not quite as sexy, but it is something that’s popular. It’s a good chunk of the market out there, so we wanna focus this episode today on how to get found on Bing.

So, there’s a couple different ways for doing that. We’ve talked a lot about Google My Business, or GMB, extremely relevant. Obviously, plenty of episodes, we’ll link to a couple of them in the show notes. Plenty of episodes we talk about that, and you wanna do that, but you can’t ignore Bing Places.

Very similar concept to Google My Business with some slight differences. And, in some cases, some people like some of the features a little bit better, but really it’s a Google My Business clone, as far as the Places part goes. Similar process. You’ve gotta have a physical address. You gotta sign up for an account. It’s all free. But you gotta have a physical address, they send you off a postcard for verification. You gotta receive the postcard, enter in the verification number, and that proves you’re an actual physical business with an address. And then, you’re listed on there.

Just like the GMB, you can add photos, description of your business, your business hours, contact information, and all that fun stuff. Something that’s … A lot of people don’t know though, about Bing Places, is if you go to Yahoo, and you do some searches, and you get some local results in Yahoo, that same map pack, if you will, the ABC, the one, two, three with the map listing.

And even AOL, if you go to those and do some searches, that’s all Bing results. That’s what feeds all that, so by setting up in … I’m sorry. By setting up … See, I just wanted to say Google there, Freudian slip.But getting set up on Bing Places, it’s just about Bing. You feed those three other search engines. Now, that’s not as popular as Google, even when you combine all those together, but it’s still something that is completely free. It’s gonna take you just a little bit of time to do it, and then you’re up and running.

The good part about that is a lot of businesses do ignore it. Everybody goes to Google. So, if you got a hundred competitors, or 50 competitors in town, the odds of all of them going and getting set up on a GMB are pretty good. You know a lot of them are gonna be on there. Are they all doing that on Bing Places, probably not. I’m sure there’s less. I didn’t do the research on this, maybe I should, and if I do I can post it. But I bet you it’s just not the same. It’s just not a one to one ratio on getting set up on GMB, and Google.

Sorry. I did it again. And on Bing Places. So, if you haven’t done that, check it out.

Some real quick stats that I did pull up, went through a couple different sources, some from Bing, some from some other independent like Search Engine Land, some third parties. But in the US, this parts from Bing directly, so take it with a grain of salt, maybe, a little bit, on how they quantified the data. They use a third party to get the results, but … And I’ll put a link to it in the show notes. They say 145 million unique users each month are using the Bing network.

Now again, that’s Bing, that’s Yahoo, and that’s AOL, and CBS I believe. It was CBS Interactive, or ABC Interactive. I’ll make sure which one that is. That’s a lot of users. That’s 320 some odd million in the US.

Jesse: It’s a gob, and you got some people that are definitely using it as their regular search engine. So, anywhere from 24 to 33% of US market is being served by Bing. Now, that’s pretty big. There are some industry niches, and some verticals that maybe is a lot lower, some that’s possibly even higher, but you just took at that, even on the low end, being super conservative, 20%, or 25%, that’s a quarter of your public out there locally. A quarter of the businesses that you’re A, ignoring if you don’t do this, and B, some of your competitors are ignoring them by not getting set up in Bing Places.

So, just right, I think that that tells everybody you should get out there. Now, this is all in the US. Just for as far as a contrast, says here 9.7% of global search happens on Bing. So, not as popular outside the US. I know we’ve got some people outside the US. We don’t speak to that as much as we should, but not as dominate to the US, but if you are here on the mainland … I’m sure in Alaska and Hawaii, too. I don’t know.

I don’t mean to offend the non-48ers, but definitely something you should take advantage of. And again, why wouldn’t you? It’s free, potentially a quarter of your audience, and your customer base out there is on Bing, and your competition probably isn’t. So, get out there.

Bob: And we talked about this as a strategy, even if you don’t have the time and the money, and you’re absolutely bootstrapping, get your GMB, and then get your Bing listing, and go from there.

Jesse: I know, it’s weird to say, because we don’t say it a lot.

Bob: Sorry. I need to drink my cup of coffee here.

GMB, or Google has their own reviews.

Bob: Bing has … Are they utilizing Yelp as their review engine? Is that the idea of that function, because that’s what I’m seeing here, for us at least. And just, again, build your Bing Places, and you’re gonna have to go out and get Yelp reviews. So, that would be the strategy if you could do nothing else. If you were so intimidated about website building, or had no money at all, that would be your strategy.

Bob: So again, if you’re selling firewood, you have no money. Again, nothing against firewood, but you get the idea. That is what you would do first. It costs you nothing other than your time, and you get that going, and then you build from there.

Jesse: Yeah. And to an extent … I don’t know. For some reason, if you’re a business, and you just never were gonna have a website, this can still serve as your website. You can use something like bit.ly, B-I-T-dot-L-Y, like a URL shortener. You can grab the link to your GMB, or in this case your Google … your Bing Places listing.

That’s third strike. Plug it in to a bit.ly, or whatever, and just get a short URL you can put on your business cards, put in an email, whatever. This is a webpage at the end of the day. It’s out there. It doesn’t have its own domain like jesse.com, or whatever, but it’s something that you can put your business hours on. You can put photos of your business. You can put other descriptive information. And if you just are never gonna get to the next level having a website, you’re right. This could totally serve as what you need there.

I don’t know why you’d do that, like stop there, and why you maybe wouldn’t take it to the next level. Maybe temporarily this would be a solution, but cheap, free, exposure, and most importantly it’s ranking in the map pack for these various search engines like we’re talking whether that’s GMB, or the Bing Places, which is where you need to be. That’s the new playing field for SEO.

So, that’s definitely something that you’re gonna wanna take advantage of.

Bob: You could test a market, too.

Bob: Just say, “Hey, is there a need for this phone repair service in this market?” “Well, I don’t know. Let’s throw up an GMB, and throw up a Bing. It costs us nothing,” and put a phone number up there. And say, “Hey, we’re not quite open yet,” or whatever the deal is for 30 days, and just see. And then, if that works then you roll it out.

Jesse: Yeah, and once it’s hiding that physical address it’s yours. If for some reason that business fails, you shutter it, you start something up, I don’t know, couple days, couple weeks later, you can change that name. You can rebrand it, and re go through it, as long as you have that same physical address. That’s where they want that proof. Now, they may ask you to reverify it if you change a lot of information. But yeah, you’re right. It’s great as a free way to test stuff too.

Couple of the Bing things we wanted to make sure we mention here. There’s also a Bing Webmaster tools, and I’ll put a link to this in the show notes. That’s very similar to Google Search console, formally Google Webmaster tools. And back in the day, I don’t know if everybody remembers these services, but you could get a disc from, up here in the Minnesota, Best Buy, or whatever. Like, “Submit your website to 87 hundred search engines, and get listed everywhere.” It was actually quite a process to get listed in the search engines. The very process just took a lot of work.

You don’t have to submit yourself to these search engines anymore. What you do is get set up in their webmaster tools, or their search console on the Google side. Bing has a great one. It’s not identical to the GSC, the Google Search console, but it some ways it has some tools that are pretty unique, and maybe even a little bit better.