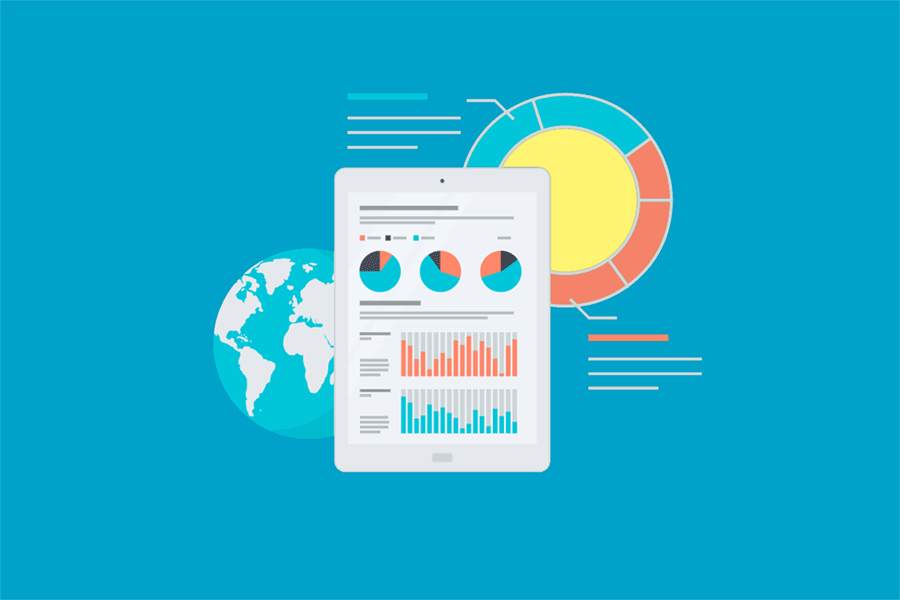 Website speed is a ranking factor, for Google. It’s official, Google has confirmed it! So, if you’re not paying attention to how fast your website is, then you’re completely ignoring something that can easily help your Google rankings! In this episode we dig into what can cause your website to slow down, how to test the speed of your website, how to identify exactly how long each element of your website takes to load, and best practices you can implement to maintain a fast website today, as well as into the future.

Here is a preview of the transcription from Episode 31 How To Increase Google Ranking and Lower Your Bounce Rates By Increasing Your Website Speed;

Jesse: This week we’re gonna be talking about site speed. How to speed up your website, why it’s important to have a fast website, and kind of just running through that gamut.

First things first, why are we gonna talk about it? Well, Google said it’s important, and that it’s actually a ranking factor now. In July of 2018 they came out and they launched what’s been called the site speed algorithm, or the speed update.

Google came out and said, “This is important and you’re not gonna rank if your site is slow.” We’re gonna break that down, talk about where those are important, the aspects of that that are important, how you can test your website, and then some remedies that you can do on your own here to take some action.

First things first: Why is a fast website important? A-1, number one, bottom line, Google said so.

Jesse: We’re trying to rank in the Google search engine, so we really follow the guidelines. When they come out and they say something blatantly, like, “This is a ranking factor for your website,” you got to sit up and take note of that. They said that, so, A-1, that’s the most important reason, that’s the only reason you really need to know.

Aside from that, there are some other important reasons that are worthy of noting. The slower your website the bigger the impact for all of these. Back in 2016, John Mueller, kind of the search liaison between Google and the search engine world, kind of gave a target of two to three seconds for load time, which is pretty quick, and not unattainable by anybody.

But that’s kind of if you really want to be … top-ranking, I shouldn’t say that. If you want to be able to fast-track it, no pun intended, and secure your confidence that you have a fast website, you’re gonna be loading that three seconds or less, that’s kind of the golden number there. Not impossible but definitely probably pretty tricky for most of us out there to be able to get there, especially if you have a lot of images, or text and other elements on your website.

Another reason aside from Google saying so, and John Mueller’s feedback that is important is bounce rates. Your bounce rate is a very important part in your ranking, and what Google sees for your website. Just so everybody knows what a bounce rate is, if somebody visits your website, and then they back out, usually quickly, back out after only viewing that page. They didn’t dive any deeper, they didn’t take any action, they didn’t scroll down the page, click around, do things like that. If you have a slow-loading website, people aren’t gonna wait for it to load, right?

Jesse: Or they’re gonna have that initial really kind of bad taste in their mouth and not stick around and really digest the rest of your content. You only get one chance to make a first impression, as they say. If that first impression is a slow-loading website, they’re kind of getting turned off on your site, or, again, worse, you’re getting a bounce on that.
That’s important to know, especially on mobile. I got a stat here from statista.com. In 2009, .7 of web traffic was on mobile, right? Now, 2009 seems a long time ago, but also not-

Bob: No, not really.

Jesse: Right, yeah. Depending on industries and niches, too, especially-

Bob: Yeah, depending on how its measured and everything, right?

Jesse: Right, and that’s worldwide, too, right? That’s not just here in the U.S.-

Jesse: Yeah. A fast website it important, especially if you’re bringing this in regards to the mobile, right?

Jesse: We’re even less patient on mobile. Sometimes our speeds are even slower on mobile for downloading, for our data plans, or service coverage, so that even kind of compounds it. If over half the traffic is on mobile, if your website is slow, and we’re impatient on our mobile devices, it’s just a bad mix. Even if you’re second, third, or fourth ranking in Google, for some reason the fastest, I mean, you’re gonna get some conversions off that. You’re gonna get some customers.

It’s a ranking factor, it’s a usability factor, and a patience factor for end-users. There’s really no reason to not try to have as fast a website as you can. What do you do? First thing just like anything else, you got to metric this, you got to get a baseline, see where you’re at so you can know what your benchmark is, right?

Couple cool tools that we use, one is, of course, our own SEO audit tool. It gives you not hardcore page speed insights, but it does kind of give you a grade and lets you know some of the good and the bad on that. Check that out: intrycks.com, go look on the free SEO audit button up on the top-right corner.

Another tool put out by Google, that’s the Google PageSpeed Insights. I’ll put a link to that in the show notes. That’s actually gonna give you feedback straight from Google. We’ve talked about it in past episodes: what your score is, what your speed is. They’ll tell you a list of recommendations on what to do to speed your site up unique to your website, you know, for issues that they’re finding. Definitely run your site through that, check that out.

Another really good one is webpagetest.org. This is gonna be … It’s not the sexiest looking display for what it reads out here for ya. You plug in your domain on there, you run it through the tool, and it’s gonna tell you everything on your page that loads, and it’s gonna give what they call like a waterfall report.

No, but really, it’s a super useful tool. There’s other ones out there, too. This is just what we rely on, because it can tell you with that pinpoint sniper rifle-type precision on exactly what is slowing your page down here, and hopefully you can take some action to correct it.

Bob: A couple quick questions. One would be, let’s say there’s 20 basic things to help get your site to rank and perform well in Google. Where do you have the speed of the site? I mean, how important is it in your world?
Jesse: Yeah, I would say, without ranking all of them, I’d say it’s in the top five-

Jesse: Maybe in the top three, especially because Google says it’s a ranking factor. You know what I mean?

Jesse: There’s lots of things we all speculate on, this is important for ranking, having a lot of back links, or all these citations, and just all this other stuff. It’s pretty rare that Google comes out and says, “This is something that’s important for ranking,” and then to have somebody like John Mueller say, “Here’s a target, an actual benchmark you can kind of shoot for, for optimization.” He doesn’t say it to rank good, right? But he says, “Here’s what you should shoot for.”

Jesse: With all that combined, for sure top five, more than likely top three.

Bob: Okay, then the other question is, a lot of plug-ins you put in for these websites for different things, pop-ups, forms, they do incredible things, right?

Bob: With the tools that you mentioned in your … Let’s say you’re adding, continually adding different plug-ins on there, is there a strategy there where you add a plug-in, let it populate for a while, or whatever it needs to do, and then do a before and after with that test?

Bob: Would that be a strategy you’d use?

Jesse: Yeah, a great point. Plug-ins are a huge, huge part of this. Plug-ins, specifically we’re talking here for WordPress.

Jesse: Kind of more broadly if you’re not using a WordPress site. Pretty much any content management, like, Wix, or things like that is gonna have little add-ons or modules. If you’re just kind of doing a manual coding website, same thing here, like, different snippets or scripts that you’re “plugging in” or installing. Particularly here we’re gonna be talking about WordPress plug-ins, but you can apply the same concepts more broadly.

Number one, you should be able to see how some of these load running it through the webpagetest.org, waterfall report, and see if anything’s giving you trouble. Additionally, to that though, one thing to look at for your plug-ins is, what are some plug-ins you’re not using anymore?

Plug-ins are kind of like apps on your phone, right? Sometimes you’ll download them, maybe you want a certain function, you might throw two or three of them on there, pick the best one, and then use that going forward.

Jesse: You might have some you can just delete, because you chose other options, right?

Bob: Or it can be you’re constantly deleting your kids’ apps or games.

Jesse: I understand exactly what you’re talking about there. That’s an easy one right there is just deleting the obsolete plug-ins that you don’t need anymore, right?

All on that same vein, check your plug-in. Well, first, let me kind of back up a little bit to get to this point, you’re gonna want to make sure you’re frequently updating WordPress. WordPress provides continual updates, sometimes for security, sometimes for optimization, what have you … speed, in this case.

Always update WordPress, and in that same vein, make sure your plug-ins are updated. Sometimes you can set that for auto-update, depending on your hosting platform or what you’re doing, or at least jump in there once a month yourself, and check what needs to be updated.

Then further kind of down that rabbit hole is, let’s say if your plug-in hasn’t had an update in maybe six months, three months, whatever, check and see if the developer is maintaining this thing still, right?

Jesse: You may be using a plug-in in your website that hasn’t been updated in three years. That’s not gonna be taking advantage of the most recent WordPress updates, some of the architecture, security, speed-type issues, performance upgrades.

I would make sure a plug-in that I’m using, let’s say I’ve determined it to be useful and I want to keep it, you’re gonna want to make sure that thing is being developed and updated by the developer to keep getting optimized.

Now, one more spot kind of for plug-ins on the same topic here, is to look for alternatives. If you’ve been using a certain plug-in for a while, there’s probably somebody else that’s developed one. Maybe they have some new architecture or a new way of going about it that is faster.